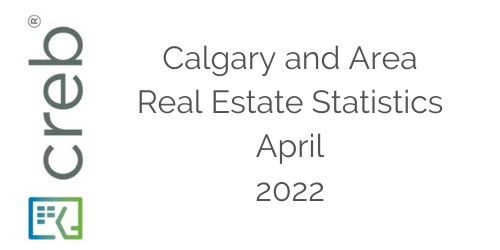 City of Calgary, May 2, 2022 –  Following an all-time record high month of sales in March, activity slowed down in April. However, with 3,401 sales, it was still a gain of six percent over last year and a record high for the month of April.


“Despite some of the monthly pullback, it is important to note that sales remain exceptionally strong and are likely being limited due to supply choice in the market,” said CREB® Chief Economist Ann-Marie Lurie. “While further rate increases will likely start to dampen demand later this year, more pullbacks in new listings this month are ensuring the market continues to favour the seller, resulting in further price gains."


New listings trended down relative to last month and levels recorded last year. With the sales-to-new listings ratio remaining above 74 percent, there was not much of a shift in overall inventory levels.


For the first time since the spring of 2020, year-over-year sales slowed down. While sales have dropped, it is important to note that with 1,815 sales, this is still far stronger than long-term trends. A decline in sales occurred for homes priced under $600,000. This pullback in sales for lower-priced homes was likely related to further supply declines driven from reductions in new listings in those price ranges. Inventories in the detached sector have not been this low for the month of April in nearly 15 years.


While the slightly slower sales compared to inventory levels did help push the months of supply back above one month, conditions continue to remain exceptionally tight with 1.3 months of supply. This continues to place upward pressure on prices, but at a slower pace than the last three months. The detached benchmark price rose to $628,900 in April, which is 19 percent higher than last year.


A decline in new listings in April likely contributed to slower sales compared to last month. However, sales are still relatively strong and on a year-to-date basis and remain nearly 30 percent higher than last year and nearly double the long-term average. As the slower pace of sales was met with a decline in new listings, there was little change in the inventory situation and this segment continues to favour the seller.


While levels trended down from the previous month, new listings reached 781 units this month. This is a year-over-year gain of 24 percent and the highest level ever seen in April. The improvements in new listings helped support stronger sales activity which rose over last year’s levels and set a new April high. This boost in new listings did cause inventories to trend up compared to earlier in the year, but it was not enough to pull the market out of the sellers’ market conditions.


With just over one months of supply, persistently tight market conditions continue to place upward pressure on prices. Thanks to gains across every district, row prices rose by over two percent compared to last month and are nearly 17 percent higher than last year.


Like other property types, apartment condominium sales did ease relative to last month’s record highs. But with 642 sales this month, activity still improved by over 46 percent compared to last year reaching a record high for April. This in part was possible thanks to the 893 new listings that came onto the market. While it was not enough to dramatically change the supply levels in the market, the months of supply did edge up to nearly two months.


Tighter market conditions continued to cause prices to trend up in April. The apartment benchmark price rose across all districts and currently sits eight percent higher than levels recorded at this time last year. The strong price gains over the past three months have helped narrow the spread from the 2014 record high price.


Once again, sales nearly surpassed the level of new listings coming onto the market in April, causing further declines in inventory levels and ensuring the market continues to favour the seller with less than one month of supply. This is the sixth consecutive month where the months of supply has remained below one month.


The benchmark price reached $480,600 in April, reflecting a year-over-year gain of 29 percent. Prices have improved across all property types, but the largest gains are in the detached sector with an April price pushing just above $550,000. This is nearly 33 percent higher than levels recorded last April.


A slight pullback in sales relative to the new listings helped push the sales-to-new listings ratio below 80 percent. This is the first time that has happened since March of last year. While this did support inventory levels that were better than anything seen since November of last year, conditions still remain exceptionally tight and favour the seller.


The benchmark price in April rose to $538,300, reflecting a year-over-year gain of 13 percent. Like many other areas, the strongest price growth has occurred for both detached and semi-detached homes.