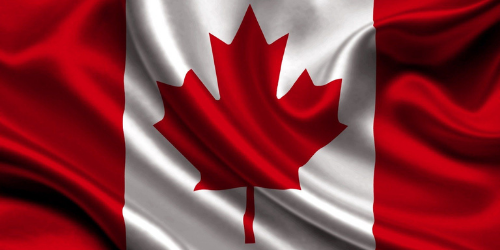 One in three Canadians considering “workarounds” to buy a home amidst declining housing affordability in Canada, supply shortages

In a new report exploring housing affordability in Canada in 2021, RE/MAX found that one in three (33%) Canadian homebuyers is exploring alternative options to help them get a foot into the housing market. These include renting out a portion of a primary residence (21%), pooling finances with friends or family to purchase a home (13%) and living with like-minded neighbours in a co-op/shared living arrangement (7%).

According to a Leger survey commissioned by RE/MAX, 42% of Canadians said the high price of real estate was a barrier to entry into the market. This is up just 4% over last year – surprising, given the consistent price growth experienced by housing markets from coast to coast over the past year. Among prospective homebuyers, millennials and Gen Z are most likely to consider alternative regions and communities, and/or financing options to keep affordability in play.

Canada’s two largest cities, Toronto and Vancouver, have struggled with significant housing affordability challenges, mainly due to low supply and high demand spurred on by low interest rates. Unsurprisingly, both cities have remained at the bottom of the list year-over-year when it comes to housing affordability in Canada. At the other end of the spectrum, St. John’s, NL has replaced Regina, SK as the most affordable Canadian city to buy a home in 2021.

Calgary ‘s most popular type of property for first-time homebuyers in 2021 has been single-detached homes, which has not shifted year-over-year. Typically, buyers in Calgary are willing to push their budgets modestly to attain the home they desire.

When it comes to factors that are influencing affordability in the region, changing interest rates and employment/economic conditions and likely to have a positive impact. On the flip side, tightened lending rules, low or diminishing housing supply, continued interest in larger homes putting pressure on supply; and demand from out-of-province/out-of-region buyers are believed to negatively impact affordability in the area.

An alternative to individual homeownership that has become relevant in Calgary since the start of 2021 is using a portion of a principal residence as an income property, to supplement monthly mortgage payments and offset bills.

Calgary is a lot more affordable when compared to other major cities in Canada, and it has been in a prolonged weak economy since 2015 which affects the housing market. Some pockets of Calgary are still seeing multiple-offer scenarios, but the trend is price- and location-specific. Overall, Calgary has seen a slowdown in activity and price increases recently. Prices are already cooling this summer, which is normal and is expected to continue due to tighter mortgage regulations. Current average sale prices range from $266,868 to $588,541, depending on the property type.

Most Affordable Neighbourhoods to Buy a Home

Short of exploring alternative solutions to find and achieve housing affordability in Canada, those who are willing to expand their boundaries can still find “hidden gem” neighbourhoods with homes at below-average prices. In a wider survey, RE/MAX Canada brokers and agents were asked to identify the most affordable neighbourhoods in the communities they serve. From approximately 300 survey submissions received between June 16 – 30,2021, some of the most affordable neighbourhoods topping the list include:

Meanwhile, in what are traditionally considered Canada’s most expensive cities to buy a home, this same survey also identified “relatively affordable” neighbourhoods where homes can be purchased at prices below the city-wide average. Some of these neighbourhoods include:

The record-low interest rates that first appeared in 2020 have been a “double-edged sword,” presenting an exceptional opportunity for Canadians to get into or move up in the housing market, but also adding fuel to an already hot sector. Yet, with inflationary pressures starting to emerge, interest rates could rise soon, putting pressure on over-leveraged homeowners and slowing consumer demand.

Based on broker insights and external data, as seen within the accompanying RE/MAX Housing Affordability Index, the average monthly mortgage amount across Canada ranges from approximately $950 to $4,268, depending on regional income levels, and a 20-per-cent down payment, amounting to an average percentage of Canadians’ monthly income from 11% to upwards of 50%. This is currently consistent with the majority of Canadians (72%) who feel comfortable allocating less than 50% of their household income toward housing costs, including mortgage payments.

However, concern over declining housing affordability in Canada and specifically the ability to afford a home in the next two years due to rising prices remains, with nearly half (48%) of Canadians sharing this sentiment. This concern significantly rises for younger Canadians (aged 18 – 34), with 71% expressing concern. Unsurprisingly, over half (60%) of this group agrees that a national housing strategy would cool the market and improve affordability.

Amidst market challenges, the continued push behind the First-Time Home Buyer Incentive (FTHBI) has provided Canadians with an effective way to access a suitable down payment. Of those who recently bought their first home, 35% took advantage of the FTHBI; however, of those who did not, 31% were unaware of the incentive.

Incentives and regulations put in place to curb or create demand, while advantageous for some, do not address some of the other challenges currently at play that are impacting housing affordability in Canada.

In an analysis of housing affordability in Canada, the RE/MAX 2021 Housing Affordability Report finds that:

When it comes to finding ways to own a home, Gen Z and Millennials claim that:

- 54% would consider buying a home in a different neighbourhood or region, just to be able to enter the housing market.
- 53% are only able to own a home with the help of their parents or other family members.
- 20% claim that owning a home has meant that they’ve had to move to another city within their province given affordability challenges.
- 17% have moved or purchased a home in entirely new provinces because it was more affordable than their previous place of residence.
- Canadians in Western Canada are more likely to want to get creative in their home-buying efforts (39%), as compared to Ontario and Atlantic Canadians (33%).


About the RE/MAX 2021 Housing Affordability Report

The RE/MAX 2021 Housing Affordability Report includes data and insights from RE/MAX brokerages. RE/MAX brokers and agents are surveyed on market activity and local developments. Average sale price is reflective of all property types in a region and varies depending on the region.

Leger is the largest Canadian-owned full-service market research firm. An online survey of 1,539 Canadians was completed between June 4-6, 2021, using Leger’s online panel. Leger’s online panel has approximately 400,000 members nationally and has a retention rate of 90 percent. A probability sample of the same size would yield a margin of error of +/- 2.51 percent, 19 times out of 20.